Trust me. This dish smells delicious, looks even better, and tastes like something I’d want to be served in Heaven! I almost felt like a professional chef making this one.

“No man is lonely eating spaghetti; well… it requires that much attention.”—Christopher Morley

The Fact: 212,595 miles of 16-ounce packages of spaghetti, stacked end-to-end, is enough to circle the earth’s equator nearly nine times.
The Inspiration: My sister, Janice, literally.  So while I poked fun at her for growing her own spinach in a little pot in her terrace garden, she went and created this amazing dish with it. She made the vegetarian version of this dish with spinach and mushrooms, and posted pictures on her Facebook page. Of course, it took only one look at the pictures to decide what to make for dinner. I could literally taste the dish—the spaghetti, the spinach, the mushrooms and the meat. And I absolutely loved it. It was quick, ridiculously simple, and just delicious! Thank you, JanaRose 🙂
For those of you who wanted something quick and easy and yet, sophisticated, this is it. 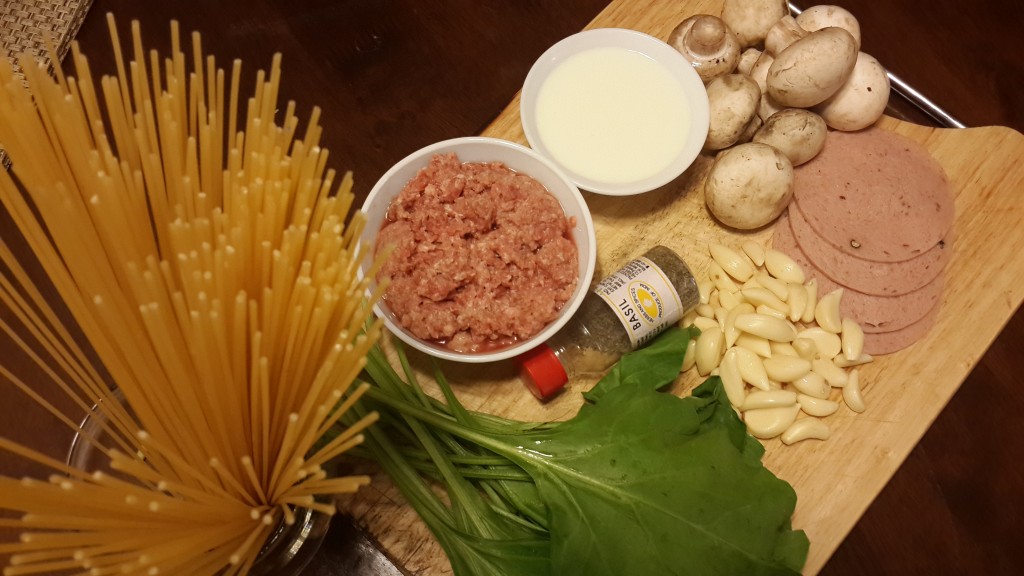 Avoid storing this meal in the refrigerator because the spinach gets soggy and does not make a very pretty plate later. Eat it all up, while it’s still hot. It’s really not that difficult. Bon appétit! 🙂 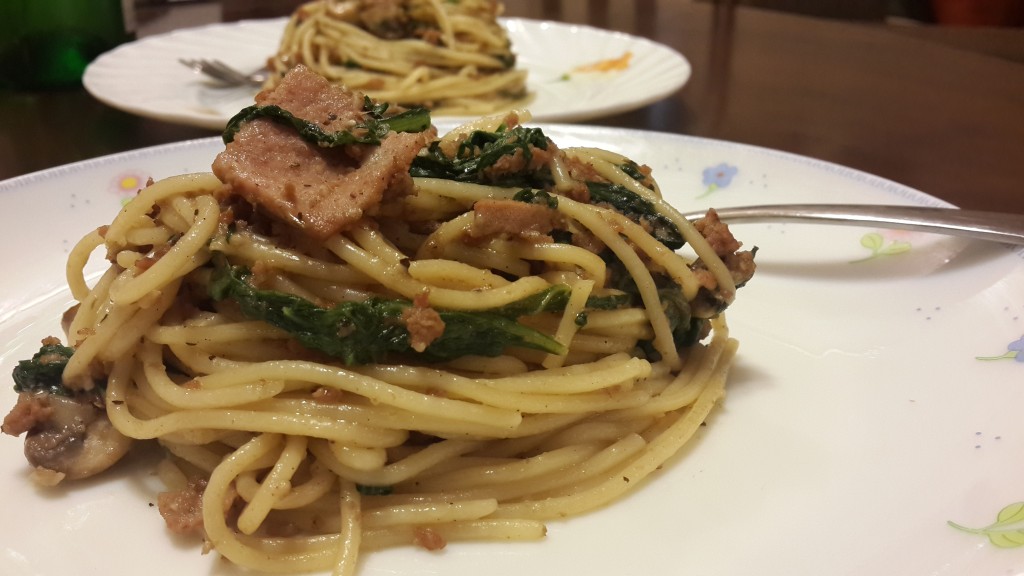